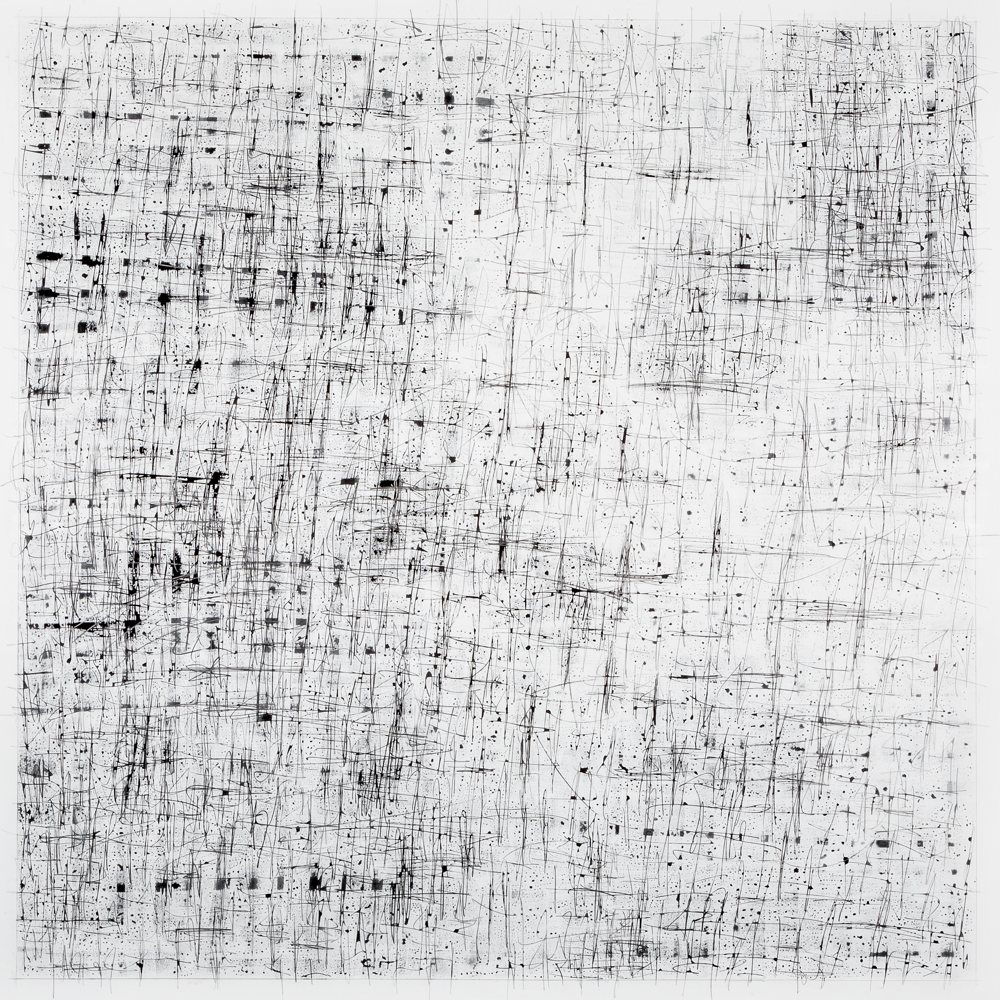 Charles was born in Kent in 1952. He trained in Fine Art, specialising in sculpture, at _Loughborough College of Art_ (BA Hons) and _Nottingham Trent University_ (MA Fine Art, 1986). Since 1993, he and his wife, quilt and textile specialist _Pauline Burbidge_, have lived and worked in the Scottish Borders at Allanton, some nine miles from Berwick-upon-Tweed.

Sculpture, grown sculpture, drawing and landscape gardening are but four areas to which Poulsen applies his energy and talent. The range of his and Pauline’s activity was fully explored last winter in an extensive, shared exhibition titled _Songs for Winter_ at _Edinburgh’s City Art Centre_ (Nov 2017-Mar 2018). His draughtsmanship has been part of his output for many years, and is to some extent a seasonal activity, usually November through April. HG was able to show only six of his large scale (153 x 153 cm) drawings in an exhibition in 2016, but published Charles Poulsen Drawing in July 2017, in which over thirty works (2010 – 2017) are illustrated. Anchored always by a drawn grid, the drawings are executed in pencil, wax and gouache, their forms sometimes sculptural, sometimes much more about the elemental earth energies which Poulsen deploys elsewhere in his ‘grown’ sculptures. Their scale gives them an authoritative control of space, and their accessible surfaces allow a direct and unimpeded interaction with the eye.