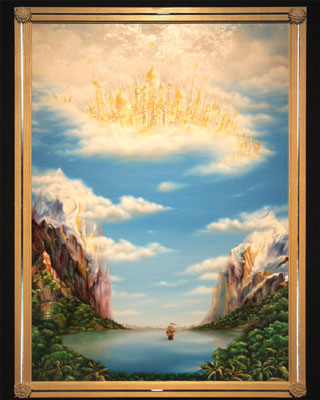 In 1595 Sir Walter Raleigh set off on a supreme, Don Quixote-esq, quest up the Orinoco River in search of the fabled golden city of El Dorado. Described by Raleigh as *"A fairy city, built by giants, from gold and silver, on a lake with a thousand bridges in the depths of an as yet impenetrable jungle"*. He went to Guiana in South America in his search for the fabled city. Unfortunately, like most romantic quests, he did not find it. The phrase *"between the devil and the deep blue sea"* comes to mind when trying to comprehend the mindset of the gung-ho seafarers of this period. It has to be remembered that when Raleigh undertook his expeditions more than three-quarters of the world-map were summed up by the phrase *"beyond this point only sea monsters and devils lurk."*