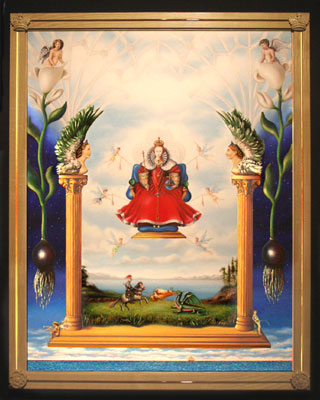 Ronnie HEEPS
In the Court of the Fairy Queen

The Elizabethans had a great love of verse; they produced some of the finest poets ever to grace this earth. William Shakespeare and Christopher Marlow being only the tip of the iceberg. Everyone at Elizabeth's court was expected to be eloquent in his or her use of language. Their culture was charged by the use of verse and playful language and their visual art was full of metaphorical references. Raleigh himself was considered to be a fine poet and a number of his works still exist today. In 1589 Raleigh befriended Sir Edmund Spenser and sponsored the completion of his masterpiece the epic tone poem "The Fairy Queen."