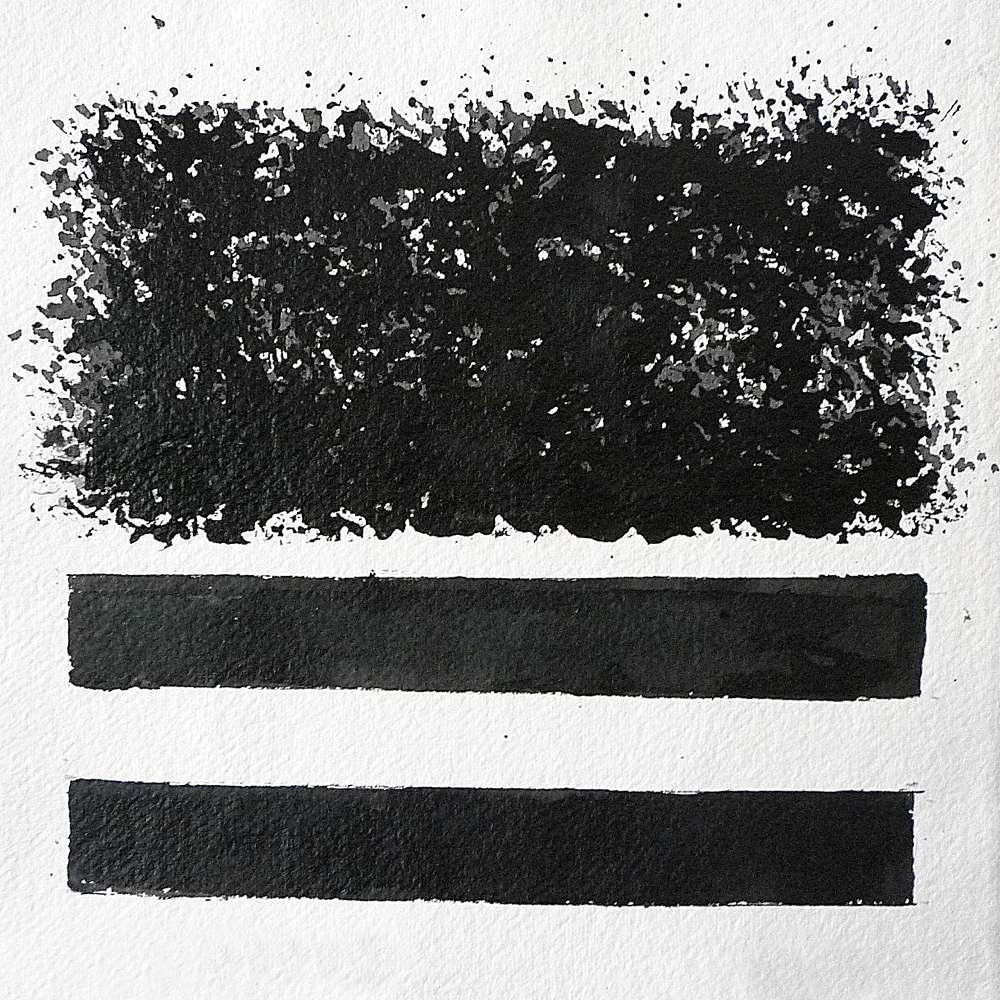 At first glance. the works of Geoffrey Lefever show a universe where chaos is controlled through balance and elegance, structure and pattern, both in composition and colour: the radiant division of his ‘Straw and Ash’ painting makes him almost a classicist. This is true. But a closer look brings us the breath and heart of the materials, his intimacy with cobalts and wood ash colours, scattered in some of his best paintings. We can also see here how some of his smaller works- from his workbooks – play as ‘conversation pieces’ with the bigger ones, establishing an intimate conversation that educates us on the essential elements of his art.

Lefever’s interest in and commitment to art began in his early teens and has remained vital to him throughout a long career. For two decades he drew, painted, exhibited and sold his work in the southeast of the UK. He attended life drawing classes at Central St Martins and the Norwich School of Art, and admired Auerbach. Yet around 1975 he seems to have reached an impasse. His way forward came slowly, through the use of collage, and an approach to natural and industrial landscape suggested, interestingly, by Californian artist Richard Diebenkorn. When his formal art education began in earnest in 1980 at Norwich School of Art, he was already exploring American abstract expressionism (Motherwell, Pollock, Kline and de Kooning) and in Europe, Soulages, Tapies, Dubuffet and Burri. The impact of these artists – and his own researches into oriental calligraphy – combined to shut the door decisively on representation.

The earliest works in this exhibition date from 2002. These are small works on hand-made paper produced ‘on location’ using found implements (twigs, seeds, straw) and Indian ink. They are spontaneous drawings which – as Dr Golano suggests above – tell us about the new essentials of Lefever’s art. In 2002 the artist made a three-week trip to Nepal, and was profoundly influenced by his experience of the great Mani stone near the village of Mondzo (the natural rock is incised with Sanskrit lettering of Buddhist mantras): so much so that his work in the years following 2002 is based on researches triggered by this experience. He viewed calligraphy as a fluid and assured form of mark-making, and was ready to absorb its methods into his drawing technique. Black was at the same time becoming his signature colour ; only cobalt blue pigment was allowed over the threshold (excepting the occasional use of paprika!) The paintbrush and all its associations had long since been abandoned, and although acrylic paint is used in the paintings, their surfaces are usually composed in addition of wood ash, straw, acrylic medium and open-weave tissue. The (sometimes arcane) language of twentieth-century art resonates in these works, and I am delighted to have the opportunity to bring a selection of them to Glasgow.