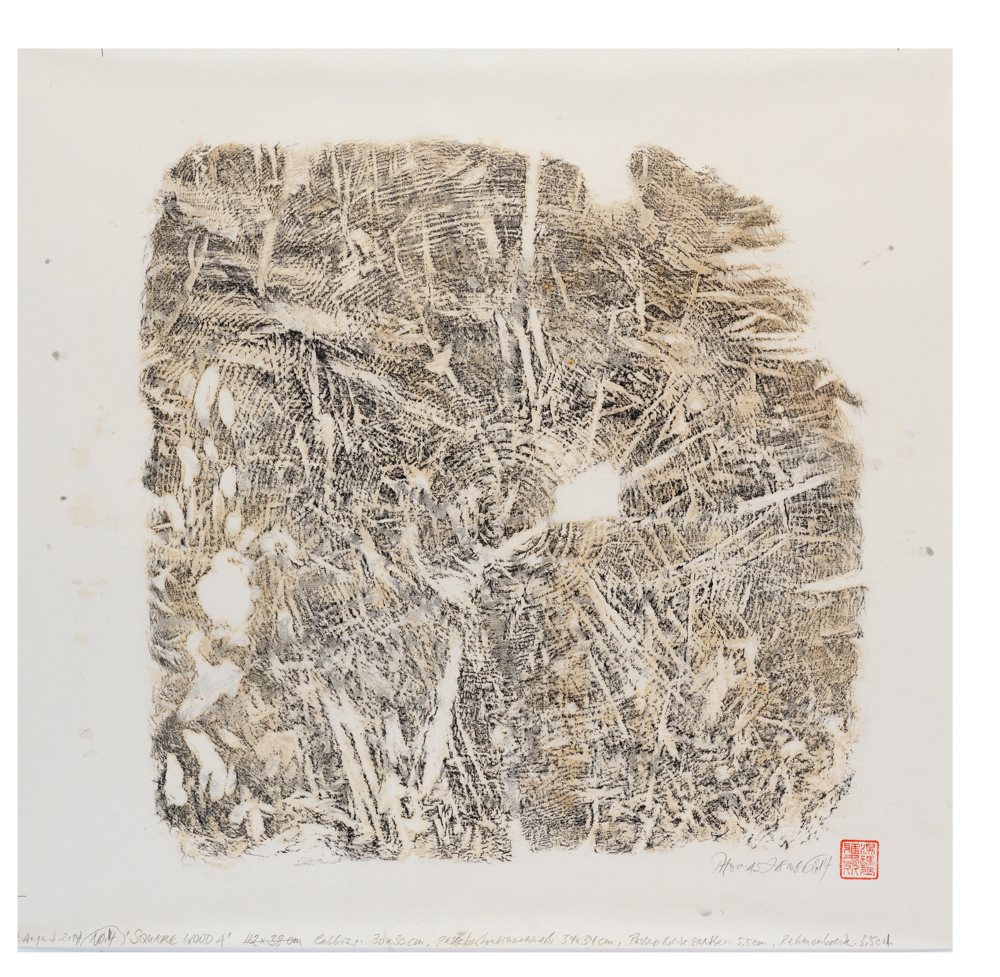 Thomas was born in Aachen, Germany in 1959 and completed his studies (painting, drawing, printmaking) at the Academy of Applied Art, Vienna with a Masters degree in 1990. He first travelled to Asia in 1992, and moved to Taiwan in 1993, living and working in Taipei until 1999. He returned to Germany in 2000, living and working in Bad Ems (north of Frankfurt) as both artist and curator. While in Germany, he won a scholarship to China (2005). He has exhibited widely both in Taiwan and subsequently in China. He moved to Glasgow in 2009 and has lived here since. That same year he was Artist in Residence and Research Fellow at the China Academy of Arts in Hangzhou, China.

Jacobi’s art draws heavily on traditions associated with eastern cultures: ink rubbing, for instance, although once used by _Max Ernst_ on a rainy day in Normandy, is widely recognised as an important technique with historic associations in Chinese culture. By presenting the floor of a Glasgow artist’s studio as an ink rubbing, Jacobi engages us on a journey towards American abstract expressionism of the twentieth century. When he pulverises brick from a demolished Chinese house to create pigment which is then used calligraphically on paper, his expressionist gestures again connect with the art of the west. A lecture he gave in Shanghai in 2012 was titled _Think globally, work locally – the artist as wanderer between the cultures._ Jacobi supplements his income with restoration work – furniture, art – he loves above all to work with wood. Most recently he has collaborated with _John Creed_ on the re-creation of the lamps in the billiard room of _Mackintosh’s Willow Tearooms_. 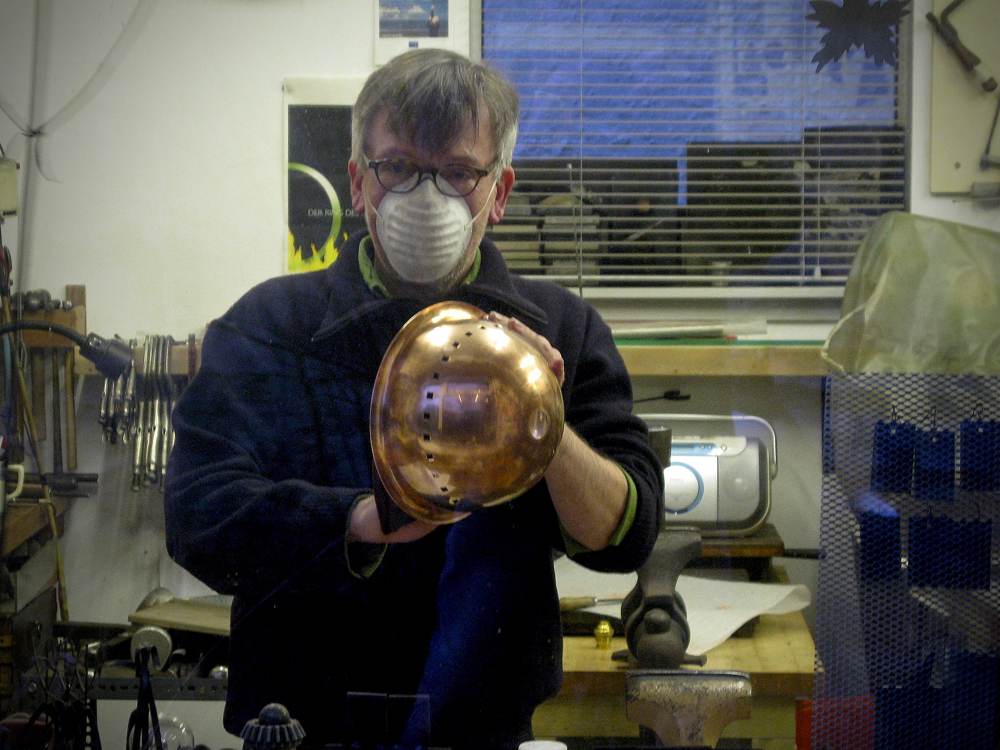