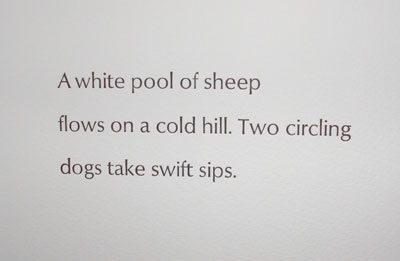 William Buchanan (born Trinidad, 1932) is best known for his professional interest in the History of Photography. As Art Director of the Scottish Arts Council (until 1977) he curated the exhibition Mr Henry and Mr Hornel visit Japan (1978), and as Deputy Director of Glasgow School of Art (until 1992) he edited Mackintosh's Masterwork, now in its second edition. Japanese culture, whether seen through the eyes of the Glasgow Boys, Mackintosh, post graduate students - or acquired in the preparation of an exhibition about commercial and other ties between Glasgow and Japan during the Victorian era - has become a 'second nature' to him. The haiku of Borderlines have been written since his move to the country, west of Hawick, in 1993.