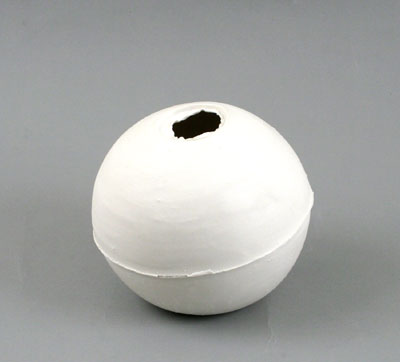 At present I work principally with unglazed porcelain - thrown and slip cast. I aim to create a form that will draw in the eye, then I may use subtle oxide colouring to order to focus on a detail in the work.

Porcelain possesses a fine, smooth, yet temperamental quality, which is pleasurable and challenging to work with. I am interested in playing with the perfection of this material by distorting its form and surface. The combination of a high firing temperature (1300o) and lightness of form may lead to further warping and distortion occurring during the final firing. I really enjoy this possibility and the added element of chance taking place in my work.