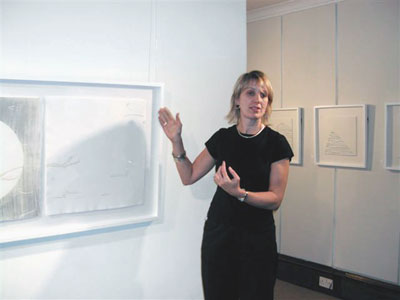 The winner of some ten Awards since 1993, Jenny Smith has contributed to exhibitions in Sweden, Germany, the USA, Canada and across Britain. She regularly exhibits with the RSA and the RGI in Scotland. Her work is represented in many public collections: British Midland International Airways, Scottish Amicable, the Inland Revenue, ASKplc, the Universities of Cambridge (New Hall Art Collection) and Dundee, the Western General Hospital, Edinburgh and many other collections both public and private.